During the Roman Republic, the river Rubicon acted as a sort of frontier line between the Roman province of Cisalpine Gaul to the northeast and Italy proper, controlled directly by Rome, to the south.

In 49 BC, perhaps on January 10, Julius Caesar led a single legion, Legio XIII Gemina, south over the Rubicon from Cisalpine Gaul into Italy. In doing so, he deliberately broke the law limiting his imperium, his authority to control his army.

As he led his army across the Rubicon river into Central Italy, Julius Caesar is credited to having said the following words, “Alea iacta est”.

“The die has been cast.”

The phrase “crossing the Rubicon” has since been used to describe an individual who commits to a risky or revolutionary course of action, similar to the modern phrase “passing the point of no return”.

The most common boundary that many of us struggle to cross in life is the one that lies between who we are and who we’d like to become. It’s generally intimidating because of the work it takes to get to the other side.

Is it worth the time, the energy, the pain, the commitment?

Are you even capable of crossing the distance between the two? What is going to happen in-between, as you suffer in order to reshape yourself into someone you’re proud of?

These are all valid questions. The answer is not the resounding “yes” that people often hope because we often forget that there’s no going back. The plethora of inspirational quotes and self-help advice neglects this part.

And this is why our subconscious mind tries to sabotage us. There’s no going back.

If Caesar had failed, if he had been defeated, him crossing the Rubicon would have been seen as an ignorant act of defiance in the face of obvious limitations.

“John crossed the Rubicon, and look at him now.”

But Caesar didn’t fail, so crossing the Rubicon has become both a term used to describe passing a point of no return, an inescapable situation, and also the paradox that is birthed by us crossing into a land we can never escape.

The Rubicon Paradox: A Mental Model

The inevitable is often announced by a no man’s land inhabited by our most persistent demons, by the deadly sins of the mind, by our fears, our inability to assume responsibility, by the good intentions that backfired.

I remember reading a lot of self-help books during my early twenties. As I was struggling with anxiety, depression, and low self-esteem, I’d feel this great discomfort at reading about the mindset shift that was required of me.

In more ways than one, reading those books made me feel more anxious and depressed.

Your expectations, knowledge, and perceptions have to be readjusted.

Think of a man who’s never worked out before going to the gym for the first time. It’s painful to watch. Initially, the man will struggle, but slowly, with time, they will begin to see the struggle for what it is: the painful process of being built of literally something else than most people.

After a few years, they won’t even be able to fantasize about a time or place when they’re not working out, when they’re horrendously out of shape.

Just like you never forget how to ride a bike, you never quite get to cross the Rubicon back to your former self.

By pushing well past the point of no return, we are forced to either adapt or die, and in this mindset shift lies the power of the Rubicon.

Granted, in the trenches of day-to-day adult life, we’re rarely presented with such opportunities, but what if we were to seek them out on purpose? What if we were to treat each habit, each action as if our lives depend on them?

Because, in more ways than one, they do, because change is only possible when we promise ourselves that we’re not going to give up, no matter how much it hurts.

The no man’s land, the place inhabited by all our fears and failures, no longer scares us.

When faced with the possibility of death, few things scare us.

In physics, Newton’s first law states that an object at rest will stay at rest and an object in motion will tend to stay in motion. When we push past the point of no return, we struggle to gain momentum. If given the chance, we would very much like to return to a place of comfort and safety.

That’s why so many lose when playing the game of life. A big part of their mental energy is spent trying to avoid risky situations at all costs.

Julius Caesar never crossed the Rubicon back into Cisalpine Gaul. Before too long he built enough momentum to become the de facto ruler of all of Rome.

When faced with a seemingly impossible task, we are inclined to give up before we even try. When there’s no way to give up, to return to the apparent safety of the before, we tend to do our best to remove the first two letters of the word “impossible.”

If you treat each habit you want to develop, each goal you want to reach, as passing a point of no return, all your mental energy will go towards building momentum, towards becoming an unstoppable force.

The people who succeed in life are the ones who either find a way to become successful or make one.

If you continue pushing in the right direction, you will begin to notice that you are doing the improbable.

The beginner is one step closer to becoming a master.

“It is impossible to live without failing at something, unless you live so cautiously that you might as well not have lived at all – in which case, you fail by default.”

In order for us to integrate this seemingly paradoxical mental model in our lives, we must understand that failure is the default.

It is never the fall that breaks us, but rather our fear of falling.

By understanding that failure is, in many regards, inevitable, will allow us to treat each situation as it is: a passing beyond a point of no return.

Imagine someone pointing a gun at you, urging you to do your best towards accomplishing your goals.

What would you do?

“When your mind is telling you that you’re done, that you’re exhausted, that you cannot possibly go any further, you’re only actually 40% done.” David Goggins, former Navy SEAL

I know what you’re thinking…

There’s no possible way to do more than what you are doing right now to achieve your goals. But what if you’re wrong? What if your brain is trying to trick you into thinking you’ve given your all when, in fact, you still have 60% left in the tank?

I used to think that there’s no possible way I could ever write more than a blog post in a day. It just wasn’t possible.

I had all the evidence I needed. In order to write a blog post I had to come up with an idea, summon up enough creative energy to write about that idea, then I had to spend some time to build the type of mental clarity required to write something that made sense, and then I had to rewrite the post, edit it, properly format it, add a relevant image and/or graphics, charts…

Because of a particularly annoying set of circumstances, a couple of years ago I had 24 hours to write as much content as possible and schedule it for later publication. I was writing on a borrowed laptop, and I had to return it by the end of the following day.

Suddenly, my perception of what was possible or not changed.

By the end of the day, I had written and scheduled 15 articles.

A Metaphor for Chaos 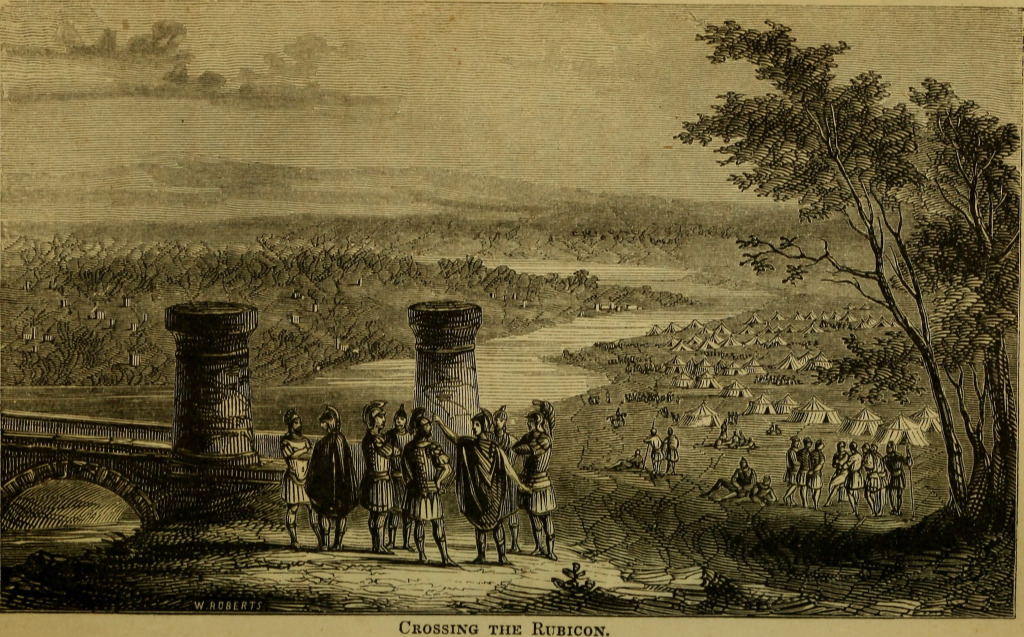 We are notoriously bad at even comprehending chaos, let alone take advantage of it.

Decision fatigue is real. Decision paralysis even more so.

We can use this simple framework in order to give us no other option but to do the work, even when we don’t feel like it.

There’s no need for complicated mind games, or for trying to understand the full ramifications of our lack of action.

I remember doing 12 sets of 12 reps of squats with a bit less than I used to weigh a couple of years ago. I remember listening to David Goggins whispering words of greatness in my headphones. I remember my desire to quit.

After seven sets I was done. And I was kind of proud of what I had achieved. After all, I hated training legs, and it was more than 50% of what I had to do.

As a strange coincidence, that’s when David Goggins said something about being haunted by the fact that he had always cut corners. He never did the last 2–3 sets, 2–3 reps, 2–3 miles of running. And one night he just couldn’t sleep because of this, and so he went to the gym in the middle of the night and did his workout all over again.

I kept going. I was sure that I couldn’t, yet I did. One more set. Now I was at 8. Then I did one more set. And another one.

There was no one to save me that day. It was just me against myself. It was me against a set of limiting beliefs that my brain was insisting they were true. They weren’t.

I told myself that I had to do it, because it said it right there, black on white, in my workout schedule: 12 sets of squats.

One of Two Outcomes

“We will either find a way or make one.”

It’s as simple as that.

In many regards, each day we pass the Rubicon. We lose precious time that we’re never going to get back.

We just like to pretend otherwise, because we fear the implications of passing a point of no return. This is all self-brainwashing.

There are always only one of two outcomes: we either fail or we succeed. And failure is always the default.

I am not advising you to mindlessly work yourself to death. I’m just telling you that you can always do more.

Do not settle for a 40% life, because you are going to die a slow and painful death long before they plant you in the ground. Do not tell yourself that you can always go back because you can’t.

The passage of time is irreversible, and this should inspire us to treat each day as if we’re passing our own Rubicon.

Whenever you find yourself questioning your ability to turn a dream into reality, remind yourself of these things:

If we’d treat life as a game of do or die, a lot more of us would, for lack of a better thing, accomplish our dreams and ambitions.

Julius Caesar crossed the Rubicon because there was no other way. It felt like he was headed towards certain failure, yet he was also headed towards the possibility of success.

Sometimes, the success that is most meaningful to us resides alongside failure. They are so close together that they almost touch.

The man who decides to step into a gym, after years of sedentary life. The child who wants to learn how to ride a bike. The professional who wants to develop new skills and abilities. The entrepreneur who’s struggling to get new clients.

Everything worth having in life lies beyond the point of no return, and only those who promise themselves to never, ever, ever give up are worthy of them.

Became Internet famous by the age of 23. Never recovered. I write short author bios all over the web. I’m an acquired taste. Don’t like me? Acquire some taste. View all posts by Cristian Mihai

This site uses Akismet to reduce spam. Learn how your comment data is processed.